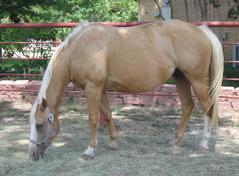 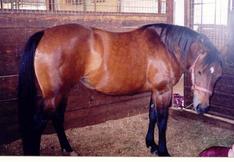 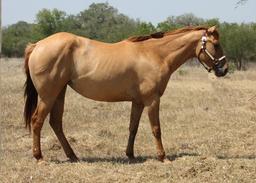 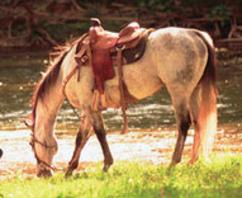 Zan Silver Parr was bred by Carol Rose and purchased by George Strait. He earned 124 AQHA points, $5,276 in earings, an Open Performance ROM and Open Superior Awards in Heading and Heeling.
He sired 11 performing offspring who earned 704 AQHA points, $2250 AQHA World Championship, and NCHA $100.
He is the grandsire of our junior stallion HK Zan Bee Drifting, and our broodmare, BLH Wild Pepita Oak. 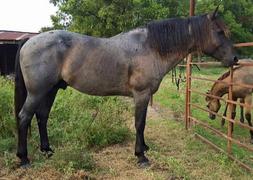 X is another Hammond Farm stallion. He was bred by Broken Bones Cattle Company and was saddle broke. He is the sire of Whips N Diamonds. 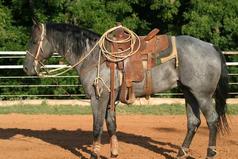 Pede Hancock Boy stands at the Broken Bones Cattle Company. He has 183 AQHA Open performance points, a 2002 Open Performance ROM, 2003 Superior Tie Down Roping, High Point Jr Tie Down Roping and qualified for the 2004 World Show in Sr Tie Down Roping, Sr Heading, and Sr Heeling. He is the grandsire of our broodmare Whips N Diamonds. 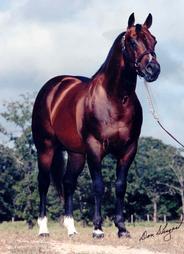 Nu Bar earned 33 AQHA performance points and $16,539 NCHA. He was 7th in the 1976 AQHA World Show Open Sr Cutting, the 1974 Reserve World Champion Open Jr Cutting, and has a performance ROM and an NCHA Bronze Award. His offspring have earned 1,076 AQHA points, $814,529 in NCHA earnings, $470 in NRHA earnings and $1,075 AQHA World Show earnings. He is also the maternal grandsire of Nu Cash (sire of Nu Chex to Cash).
Nu Bar is the maternal grandsire of our stallion; TAMU Nu Bar Cody. 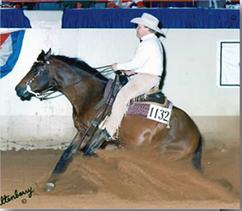 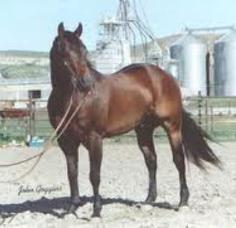 Doc O Dynamite is an Equi-Stat All-Time Leading Cutting sire. His offspring have won over $848,000 in cutting, reining, roping, and barrel racing. His still has offspring with the "S" Ranch who also owned Paddys Irish Whiskey. He is the maternal grandsire of HK Shineomite Sioux who we purchased from Carol Rose. 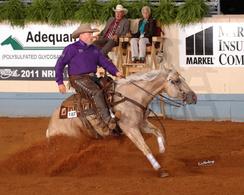 Ace was a 1990 stallion with 110 AQHA points, and was an AQHA champion header and heeler. Ace has produced several point and money earning ropers. He was bred by Carol Rose and stood at Hammond Farm, who we have purchased several broodmares from. He passed away in 2013. He is the sire of our stallion HK Zan Bee Drifting and one of our mares, BLH Wild Pepita Oak. 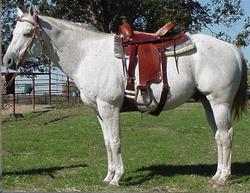 Woodie is a 1999 red dun son of Hollywood Heat. He was bred and raised by Hammond Farm and was fully trained in reining and roping but unshown. We have owned many daughters of Woodie. He is the grandsire of HK Hollywood Nu Rose. 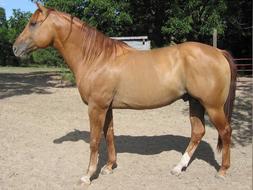 These are horses that we have owned, leased, or are in our current horses' pedigrees and may not be readily found on the internet.

Brown roan stallion that is a proven rope horse as well as a producer of roping and barrel horses. 21.8% Blue Valentine and 10.25% Joe Hancock.  He is the grand sire of Swishers Saffron F6 and Sunshine Hancock F6. 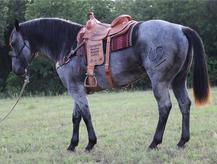 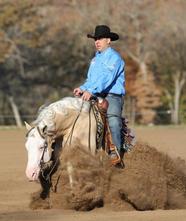 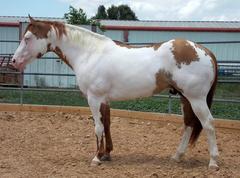 Sire of our mare HK Pale Rose O Mine.

Dynamite  has been a broodmare for Carol Rose. She produced 14 foals for Carol with one money earner; Dynamite Ms Starlite (1999) mare by Paddys Irish Whiskey. $12,039, Canadian Supreme Open Cutting Futurity Reserve Champion. 5th, Idah CHA Non-Pro Futurity, Finalist in the Canadian CHA Open Futurity.
We purchased her in 2012 carrying a foal by A Shiner Named Sioux. Due to a serious foaling injury, she was retired after that foal was born.
Dynamite is the dam of HK Shineomite Sioux.

Bella is an own daughter of Nu Bar and is owned by Texas A&M. She was trained as a cutter but only shown locally. She has multiple performing offspring in speed and SHOT events.
Bella is the dam of our stallion TAMU Nu Bar Cody.

Lady Di was a Hammond Farm broodmare. She is the dam of our broodmare, Whips N Diamonds.

Miss Bee is a George Strait bred horse that is owned by Hammond Farms. She is the dam of our stallion HK Zan Bee Drifting. She has multiple offspring in the roping pen.

Foxy is a money earning cutting mare that we leased from Hudek Farms. She has has earned $2,475 in NCHA competition. She has produced three performing foals that have earned 69 AQHA points, $4,982 AQHA World, $215 NCHA, and 2 World Championships. She had a colt for us in 2012 who sold to a roper. In 2013 she had the filly we were hoping for that is still here.
She is the dam of Smart Sailing Vixen.

Holly is a mare we purchased from Hammond Farms as a 2 year old. She was saddle broke then put into the broodmare herd. She had three foals for us before we sold her. Her new owners have trained her to head and heel. She is the dam of our broodmare, HK Hollywood Nu Rose. 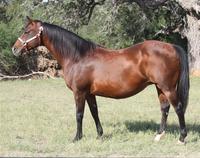 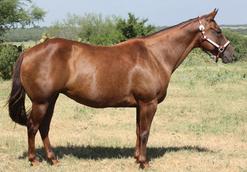 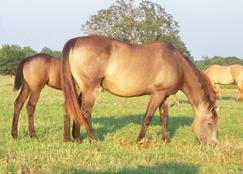